Seeing Jesus for the First Time

Back to China, Forever Changed

Seeing Jesus for the First Time

Long before Jessica knew Jesus, His grace was at work in her life. After a long and difficult journey, God opened her eyes to the truth about herself and His offer of salvation.

Growing up in China, all Jessica knew of Christianity was the Bible’s creation story—and this didn’t fit her evolutionary worldview. She thought people who believed the Bible must not be knowledgeable, and she developed a negative impression of Christians.

Jessica’s perceptions of Christianity were rattled, however, when her aunt and uncle—brilliant university scholars—began to follow Jesus. Like Jessica, they had recently moved to the United States for academic pursuits, and Jessica was surprised by their interest in Christianity. She wondered, Why would smart people like you believe in God?

Jessica had many intellectual questions for her aunt and uncle. They tried to answer her questions, took her to church, and shared Bible teaching videos. She began to develop an understanding of Christianity, but the foundation was shallow.

As Jessica was searching for knowledge, she was also caught in a deep emotional struggle. She was angry with her parents, lonely, and distrustful of authority.

Through a local Christian fellowship, Jessica met a leader who was truly knowledgeable about God. She began to inundate him with questions as if it were an atheist-Christian debate. He realized she needed help at a deeper level and introduced her to a female friend, “San,” a staff member of China Outreach Ministries.

San was patient and non-judgmental. She didn’t give quick answers as others had. San became a trusted friend, and Jessica began to share honestly with her about her inner struggles.

Deep loneliness had begun to overtake Jessica, and nothing could satisfy her. She had grown up to be spoiled and self-centered, and resentment toward her parents welled up. They had divorced when she was only two, and now she blamed them for her problems.

Jessica began dating a young man in the fellowship group. She found, though, that she couldn’t control her anger and she didn’t really know how to love. In desperation, she broke up with the boyfriend and found herself mad at God.

Plagued with doubts about herself, Jessica’s self-image was shattered. She didn’t know who she was.

After completing her undergraduate degree, Jessica went back to China for a while. She distanced herself from her father and lived with her mom until she returned to the United States for graduate school. Surprisingly, her mom began praying for her. Though Jessica didn’t realize it at the time, this was an important part of what would happen next.

San was also praying, and she gave Jessica a book, Love Walked Among Us. Jessica devoured the content of the book and began to try to practice the principles. She began taking responsibility for her mistakes. Still, her heart was not yet changed.

Jessica went back to the Bible study group, and she read the Bible. She started presenting her hard questions to God. For three months, every day she would take a walk and pour out her complaints to him. She found a promise in the Bible, that God would delight in a broken spirit and contrite heart.

Then, the amazing turn happened—surrender. Jessica simply believed God. She had never felt so loved, and her heart was drawn to him. Jessica realized her sin and her need for a savior. She trusted Jesus to rescue her.

She remembers, “I saw Jesus for the first time.”

After accepting Jesus, Jessica’s relationships with her parents began to change, and she led her mom to Christ. Jessica realized that her dad, a successful businessman, loved his daughter very much, yet didn’t know how to love in Jesus’ way.

Last fall, for the first time ever, Jessica celebrated her birthday with both parents. Due to the pandemic, San and the COM group planned an online party for her, and she invited her family in China. During the party, Jessica repented and apologized to her dad for shifting blame on him. With tears in her eyes, she thanked him for loving her.

Both families cried with joy. Jessica’s dad, an atheist, kept praising: “I saw the power of your God who can change people. Thank you so much, God!” At the end, he blessed Jessica to live out her life according to her own wishes. What kind of life does Jessica wish to live? Of course, a life of daily dying and rising with Jesus! 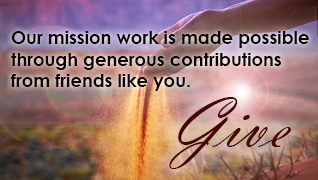